The Push to Make the Video

So the video for my song "Push" has been a two month labor of love/craziness/frustration/bank account drain and I'm sure lots of other stuff I'm forgetting. I was fiddling on my keys and started playing the Push chords on the lush piano sound that ended up in the vid (I wrote the song on acoustic guitar and the studio recording pretty much reflects it). I was struck that, not only would it be a cool version to do live, what if I made a video? Why not, right? "How hard could it be?" he says. Keep reading.

First off, I quickly realized that my inexpensive stage lights cause bad flicker when filmed at 30 fps. It was compounded when the camera was moving on my new motorized slider (cha-ching) that I bought just for the project. Looked like one of those old silent movies from the 1920's. Not the look we're going for here. Enter a new set of stage lights. Cha-ching.

How much cooler would it be to sing the background vocals on video alongside myself? How hard could that be? Yeah...new software to make that a reality. Cha-ching.

Wait. I don't know how to actually use the new software. Enter countless hours of trial and error (and wasted footage) to figure out how to use the software. I guess time is money. Cha-ching.

The end product came out pretty cool. That is what keeps the fire burning. And...as a nod to the original recording, the mic in the video I'm using on lead vocal is the same Blue mic on the cover of the "Push" album. Trivia. Awesome. 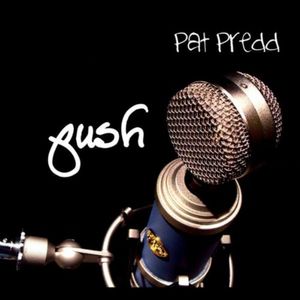 Hope you had a chance take a look for yourself. All jokes aside I had a really great time smashing it together.

Peace and thanks from my heart for sticking with me, friends.